How Catalina and Project Catalyst Change Your Apple Experience 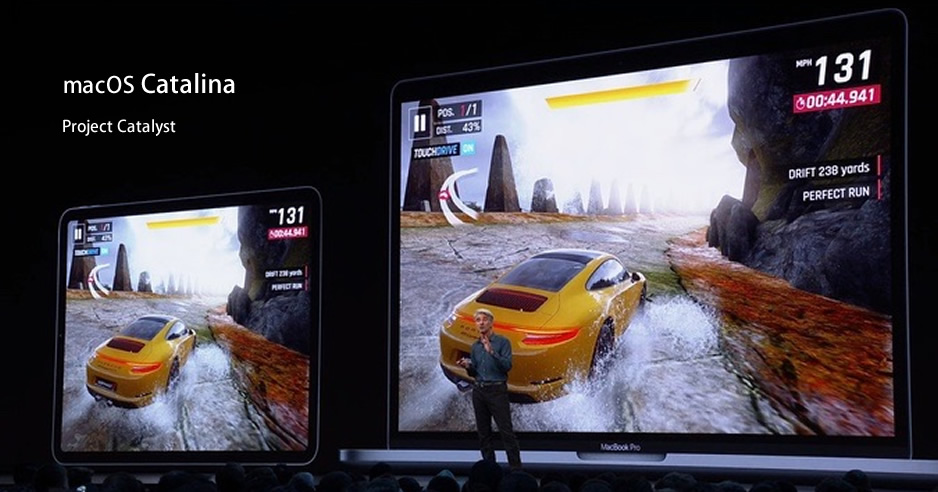 So, the Worldwide Developer Conference keynote is over, and we have a lot to talk about. Over the years, it has become the perfect platform for many things. Apple talks about its software, launches new changes and welcomes developers into what it’s been building.

WWDC 2019 was not different either. This time, however, we saw some radical announcements from the tech giant — Project Catalyst, macOS Catalina and more.

Of course, Apple also launched some other things, like the new Cheese-grater Mac Pro and a revamped iOS 13. For TheSweetBits, the software side matters more. In this article, we will be looking at two things that Apple announced and how they will change your Apple device experience. We would also have a quick look at how other software products work.

macOS 10.15 Catalina is the one to succeed the existing macOS Mojave and it’s one of the radical upgrades we’ve seen. Apparently, Catalina does not bring a User Interface overhaul. You have almost the same UI with some tweaks here and there. This new version is expected to arrive this fall and the developer preview version is already out. Let’s see what makes macOS Catalina one of the best upgrades to macOS so far.

After serving the bigger community for several years, iTunes has retired. Starting from macOS Catalina, there won’t be an iTunes app. Instead, Apple has launched three different apps for three types of content — Music, Movies & TV Series and Podcasts.

The Apple Music app looks great and you now have an easy way to access the big collection of Apple Music library. At the same time, Apple TV app brings a lot more. You will be able to stream and play content via the store, but starting from the fall, TV app will get TV+ support as well.

In addition to this, you can find a Podcasts app on macOS Catalina. This helps you access your podcasts in a better, organized way. Just in case you didn’t notice, all these apps are inspired by their counterparts in the iOS ecosystem.

As we said, Apple really killed iTunes this time and Finder is the suggested replacement. It means you have to use Finder to back up and manage your iPhone/iPad. While this sounds convenient, there would be some drawbacks. After all, Finder isn’t the most convenient app.

You may also have to use a third-party iPhone transfer software nowadays. This way, you can manage iPhone and iPad with easiness.

Accessibility has been one of the stronger points of Apple devices for some time, and macOS Catalina makes them even better. During WWDC, Apple introduced Voice Control in both Mac and iOS. This refers to 100% control over what your Mac/iPhone is doing.

Powered by state-of-the-art speed recognition, Voice Control is a great feature for those who cannot use a mouse or keyboard. Instead, they can command their Mac or iPhone to do certain tasks. It goes to an extent that you can even specify a part of the screen.

Voice Control basically makes more room for inclusivity, if you ask us. And, that’s something great.

Sidecar is another newly-announced feature in macOS Catalina. It brings a feature that you always wanted: the ability to use your iPad as a second display. And, we believe Sidecar is where Apple started off its streak of unified platforms.

There were third-party apps that allowed you to use iPad as a second screen, but now, things are official on-spot. It works on wireless connection and supports all the Continuity features, to begin with. Apple says you would have a great time working with FCP and Adobe Illustrator.

Of course, an Apple upgrade isn’t complete without the hundreds of changes Apple makes.

First of all, Apple is bringing Screen Time to macOS Catalina. It means you can have an insight on how much of time you spend on your Mac. Thus, the whole aspect of Digital Wellbeing becomes better for anyone and everyone. Because it’s all iCloud, you can sync your preferences as well.

macOS Catalina also gets revamped features for traditional apps like Mail, Photos and Reminders. All of these apps have introduced a simple, more organized way to access the content. For instance, you can find Gallery Modes in Photos and Notes.

In addition to these, Apple has improved the security in macOS Catalina. We should also note that there will be some more changes when the final version comes out. Apple will be taking feedback from developers and beta users in the course of time.

But, do you know what makes macOS Catalina one of the most exciting releases of all time: it’s called Project Catalyst — or the inception of multi-platform apps.

Before Catalyst, iOS apps could not run on a Mac or vice versa due to differences in their underlying frameworks. But starting with macOS Catalina, that is going to be a completely possible thing — thanks to Project Catalyst. Project Catalyst is Apple’s gateway for bringing iOS apps to macOS.

What Is Project Catalyst?

Project Catalyst is something that Apple has been working on. It was codenamed as Marzipan, but the tech giant chose another name for the feature. Using this feature, developers will be able to convert their iPad app into a fully-functional macOS app without any hassle. There are some restrictions over compatibility, in a way of speaking though.

The developer documentation from Apple says:

“Most iPad apps are great candidates for adaptation, but a few rely on iPad features that don’t exist on a Mac. For example, if your app’s essential features require iPad capabilities like gyroscope, accelerometer, or rear camera, iOS frameworks like HealthKit or ARKit, or the app’s main function is something like navigation, it might not be suited for the Mac”

The company has also given suggestions regarding how you can design an app that works well on both iPad and macOS. Bloomberg had reported about this effort, then named Marzipan, a few months back and it was said to be a groundbreaker.

What It Means to You?

For users, Project Catalyst means access to a number of wonderful iOS apps. We are talking about apps from Utility, Personal Care and Social Media categories. On top of all these, a new set of games are making their way to macOS. You can expect some of the coolest titles like Asphalt to work seamlessly on your Mac.

In a few months after the launch, you would have thousands of developers porting their iOS apps to macOS. And, that, if you ask me, is wonderful to say the least. You will now have an easy way to have the same good experience on all platforms. Say, you can make an Instagram post from your Mac itself.

In other words, the era of multi-platform Apple apps have started.

The Rise of Multiplatform Apps

Apps that offer the same experience across device has been a dream of every user. And, Apple is making the dream a reality now. After the launch of Catalina and iPadOS, we can expect more apps becoming available in macOS.

While macOS still has a number of cool apps, more apps will make your lives better. More importantly, you’d be able to enjoy the same UI on all devices. For instance, you can explore your Instagram Newsfeed from a Mac and iPhone, the same way.

So, these are the major things we learned from the WWDC 2019 keynote and how they are going to change how you use your Mac. As you can see, there is an increasing tone of multi-platform support. You will have an opportunity to have the very same experiences across all Apple devices — be it a Mac, iPhone or an iPad. And, yes, TheSweetBits is getting ready to help you enhance your experience in the coming months!