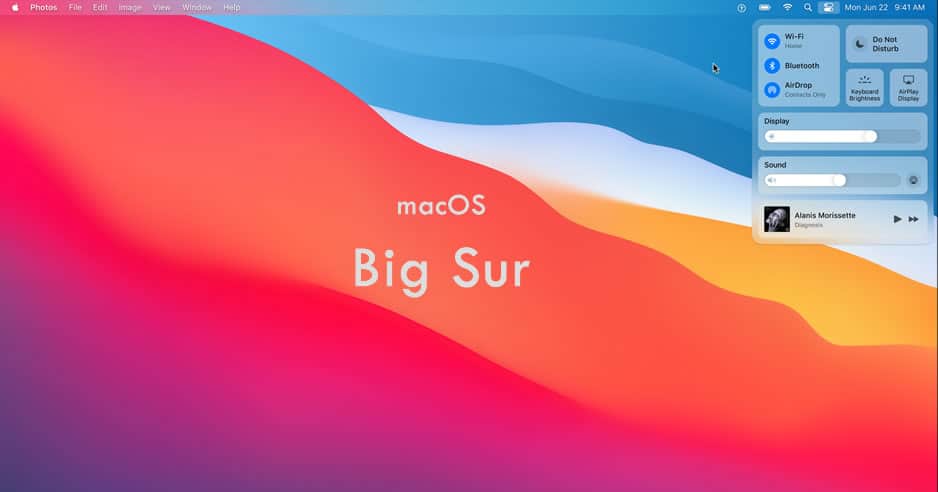 “macOS Big Sur is a major update that advances the legendary combination of the power of UNIX with the ease of use of the Mac and delivers our biggest update to design in more than a decade.” – Craig Federighi, at WWDC 2020 Keynote

Just as expected, Apple has announced the latest version of macOS during the WWDC 2020 — macOS 11 Big Sur. Like many of us, we were excited to see what Apple has in store for users, creators, and developers.

So, here we have a quick feature roundup of Big Sur that you have to keep an eye on. We have also included some important dates and points that you have to remember until the public launch.

Let’s start with the name.

Although Apple did not mention this always, it is macOS 11 Big Sur. That is, Apple is moving from macOS X, which was the norm for around two decades. However, keeping the tradition alive, this version of macOS is also named after a fantastic scenic spot in California, the Big Sur rugged stretch.

However, the transition from X to 11 means a lot of other things too. First of all, macOS Big Sur complements Apple’s change from individual OSs to a multi-device ecosystem. The changes made via Big Sur make macOS not just similar to iOS and iPadOS but also complement each other.

As you may have heard, Apple also unveiled its plan to move towards Apple chips, ditching Intel. This means you can expect MacBooks, iMacs, Mac Pros, and Mac Minis that run on Apple-made chips. During the macOS demo, we did see a Mac that was running on A12Z chip, which is a great start.

Nevertheless, if you have an Intel-based Mac with you, you can enjoy the goodness that macOS Big Sur brings to the table. But this is the thing: Apple had a limited amount of time to demo macOS Big Sur, and it missed a few worthy features.

Now that you have a basic idea about the OS, we will check out the features.

The first thing you’d notice with macOS 11 Big Sur is the new User Interface and User Experience that it can offer. As we said earlier, Apple has tried to unify the UI elements on macOS, iOS, and iPadOS. It means you can see icons and designs that you have already seen on iPads and iPhones.

First and foremost, macOS 11 Big Sur brings a more translucent and taller menu bar. Apple has also gone for rounded edges instead of sharp. As we said, these changes were already present on iPadOS. The Paulo Alto company has also brought new icons and symbols across the OS. So, no matter which device you use, you’d recognize things that you need to. 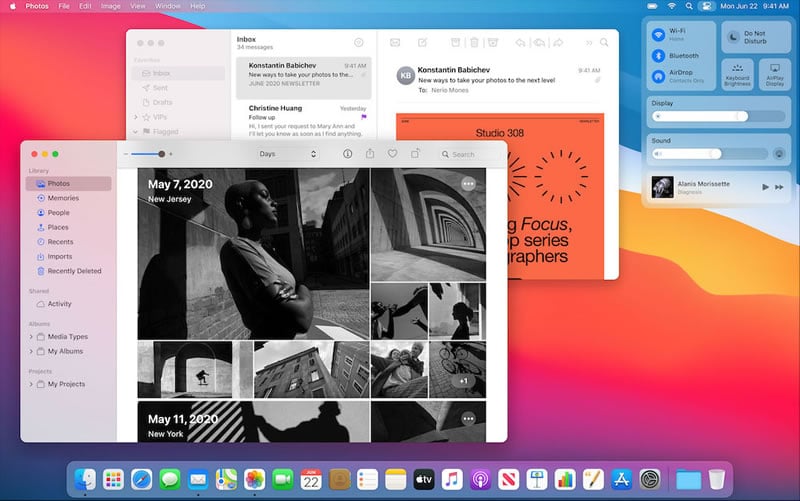 We also find a floating dock and lighter windows as a part of the UI overhaul. The options within windows have also changed, to something more intuitive. There is this loveable intuition with how you use an iPad, right? Big Sur brings the same into macOS.

And, just as always, Apple has made those tiny improvements to enhance the overall UI and UX.

Compared to macOS, iOS and iPadOS had better ways to access system controls and notifications. Big Sur is bringing those features to macOS as well. And Apple had emphasized the impact of these two added features during the keynote.

Control Center on macOS 11 Big Sur is the right combination of intuitive design and customization. First of all, you now have a single space where you can manage controls like Wi-Fi,Bluetooth, Screen Brightness, and even Keyboard Brightness. The best part? You can bring in extra elements like Battery, Accessibility, and Do Not Disturb to the panel. You also get to enable Dark Mode, Night Sight, and True Tone in a single click. 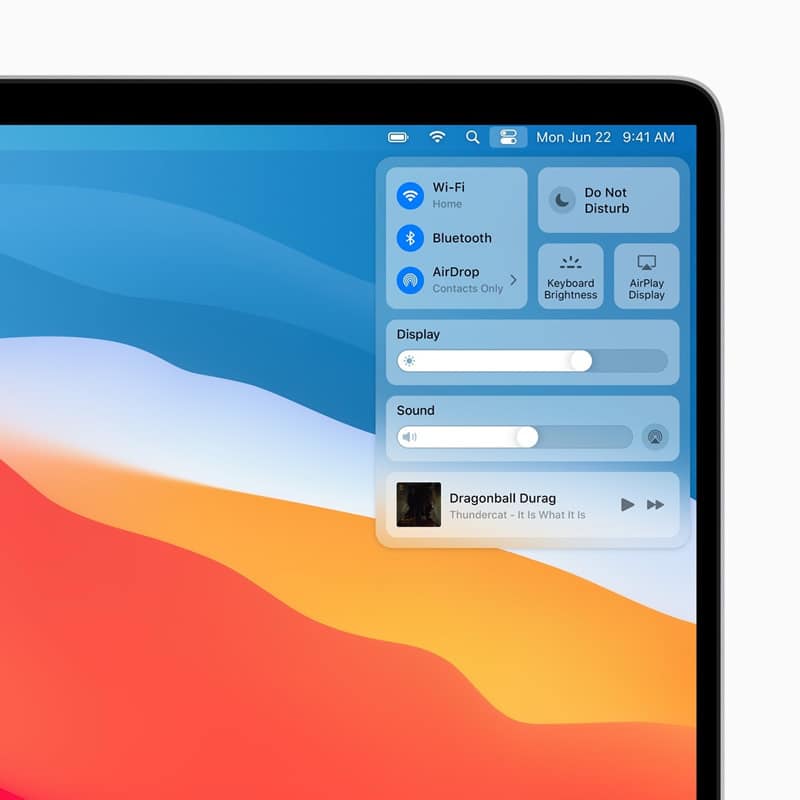 In case you didn’t guess, you can use those familiar gestures across both these Centers.

As always, Apple has done an incredible job of upgrading the built-in apps like Safari, Messages, and Maps. A lot of other apps have received updates, but we will focus on these three.

With macOS 11 Big Sur, Safari becomes an impressive web browser that can compete with the likes of Google Chrome and Internet Edge. In addition to the vibrant looks and customizable Start page, the browser can also offer improved performance than competitors, claims Apple. 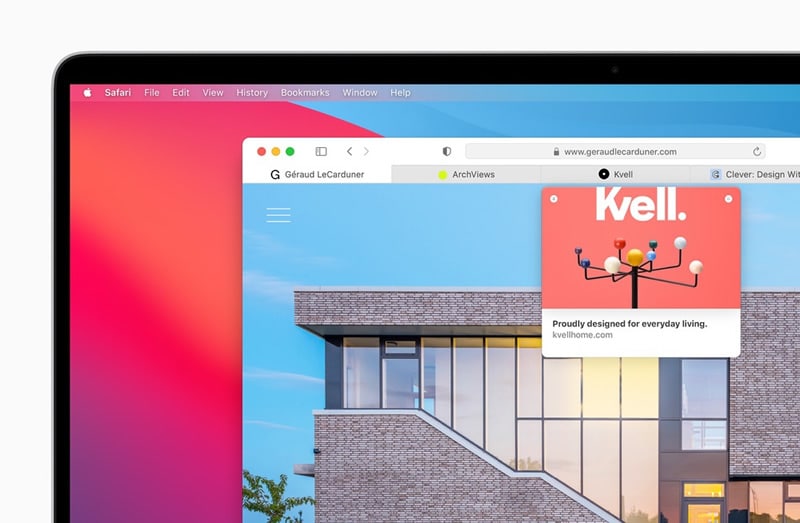 More importantly, though, the company has brought in features like a built-in Translate engine. It has more extensive support for languages such as English, Spanish, Chinese, French, German, Russian, or Brazilian Portuguese. Of course, we can expect more languages in the future.

While some of these features were readily available on Chrome, it’s good to see Safari catching up.

So that you know, almost all the upgrades on Messages are available across devices. As we said, the macOS 11 aims at a comprehensive update. Messages on Big Sur has brought so much control over conversations and multimedia you use in-between. 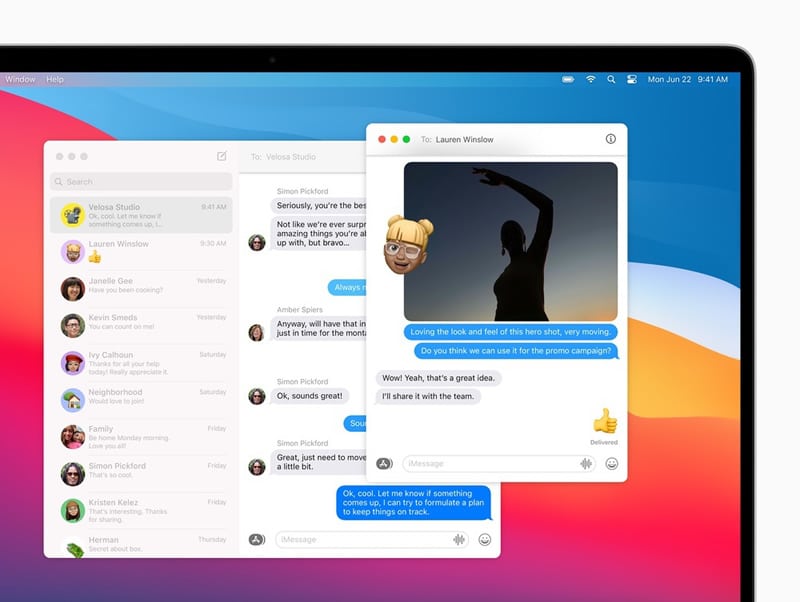 Group photos, inline replies, and mentions can make your iMessage group chats powerful than ever. You’ve better control over how the messages look and feel to the recipients. There are also message effects as well as Memoji editor that you can check out for a personalized messaging experience.

And, yes, you can now pin conversations and sync them across devices.

Once again, you can see these upgrades across other devices as well. Guides are perhaps the most noticeable feature in this upgrade. You can now access curated Guides from brands and even create a few guides all by yourself. These Guides can recommend places to visit, eat, or stay. 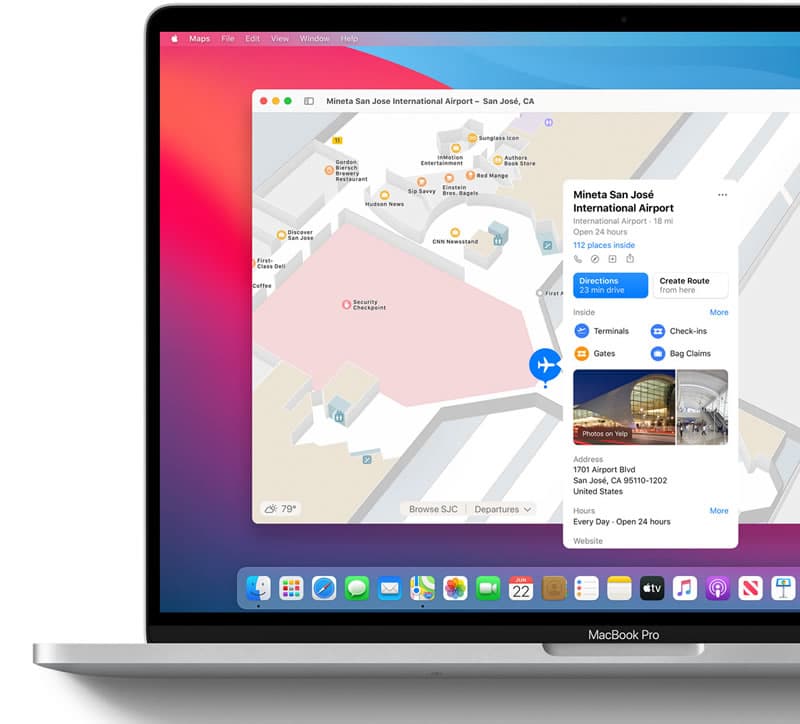 Moving with the world pace, Apple Maps can now suggest cycling routes and EV-friendly routes. That means you can find routes that offer EV charging spots. The company has also brought Maps to other countries like the UK and Canada with more resources.

Apple says that macOS 11 Big Sur can improve the way you use your Mac along with other devices like your iPhone, iPad, and accessories like AirPods. There are also some miscellaneous features worth noting. You’d find a list of options below.

– AirPods can automatically switch devices from iPhone, iPad, and Mac. That is an intelligent method to manage audio routing for those who use multiple Apple devices.
– macOS 11 Big Sur brings optimized battery charging and battery usage stats. You can analyze battery performance of up to 10 days using this section.
– Reminders and Notes come with smart suggestions and improved collaboration features. You have an option to create smart lists as well.
– Last but not least, Apple has brought several international features like new fonts and improved dictionaries for the bilingual user-base.
In short, for every significant upgrade that macOS 11 Big Sur brings, you can find many small additions. That sounds pretty awesome, right?

As we said, Apple announced and previewed macOS 11 Big Sur during the WWDC Keynote event. It has also opened the Developer Beta. If you are part of the Apple Developer Beta program (costing $99 per year), you can now download and install this beta version.

Do we recommend it? Not for regular users. As you can guess, this version is made for developers. And, it is rich in terms of bugs and incomplete features. You cannot expect the best level of compatibility, either. So, we suggest waiting until the Public Beta is out.

As to the release date, Apple says that macOS 11 Big Sur will be available this fall. The company does not specify the time of the month, but we can expect the official release in September and October. We saw the Catalina release in these months.

If you have one of the following devices, you can run macOS Big Sur.

We hope that adds up.

Are we excited? Hell YES. We are eagerly waiting to explore the wonderful experience of macOS Big Sur and how fast it is. Furthermore, we want to experience the multi-device sync that Apple proposes to do with iOS and iPadOS. Rest assured, we will keep you updated on all things macOS through TheSweetBits.