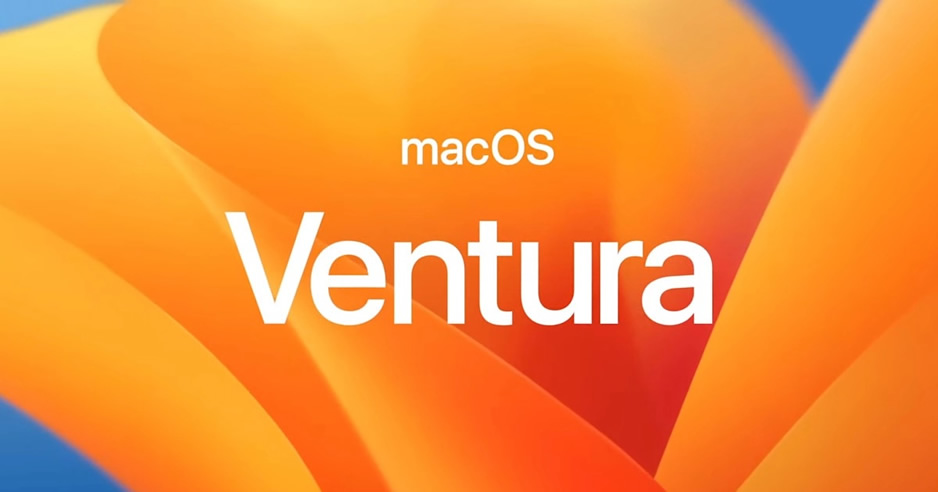 During the Worldwide Developers Conference earlier this month, Apple announced the release of its latest version of macOS. This version of the vaunted macOS has been dubbed macOS 13 Ventura and comes with a bunch of new features that haven’t been seen before, and the successor to macOS 12 Monterey.

Since the update beta version is now available for download, we decided to check it out and find the highlights of this feature so you can make an informed decision on whether or not to switch to it. So without any further wait, let’s go over some of the best new features you can find in the new macOS 13 Ventura.

RELATED: Is macOS Ventura Faster and Safer Than Monterey?

Before we discuss the new and updated features of the macOS 13 Ventura, you may wonder is your Mac compatible with the new operating system? These models support it:

Since a lot of new features have been announced that are coming to Ventura this fall, let’s take a look at them and what they bring to the table.

If you find yourself switching between many different programs simultaneously for your work, this feature is just what you need. The Stage Manager feature allows you to have a really smooth experience while using many windows and programs. This feature organizes all the  open apps and windows on the left side of the screen automatically. The placement of all windows is really easy to see and change whenever needed, so you can easily place your windows wherever you would like for your projects. 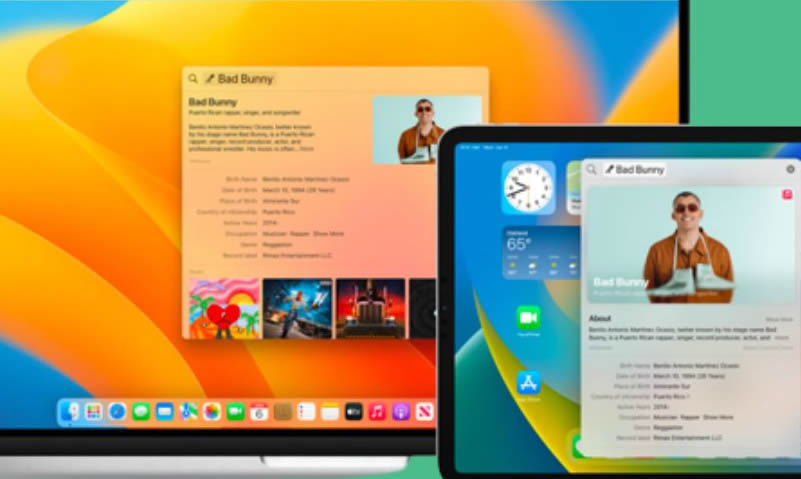 You also have the ability to group windows and apps together when working on a specific project, and allows rearranging the size and arrangement of each window within that group as desired. Stage Manager keeps each window’s content in its original position while adding windows as they are scaled up or scrolled across horizontally by zoom control. This way, you can switch between different windows whenever you need to with just a few strokes of your keyboard.

If you’ve ever needed to switch your device while on a FaceTime call, you’d have experienced the hassle of having to cut the call and then redial from the other device. With Ventura, those days are becoming a thing of the past. Rather than needing to search for and begin a FaceTime call all over again whenever you want to switch to another device, the new Handoff feature in Ventura allows you to seamlessly transfer your call between different machines with just a click. 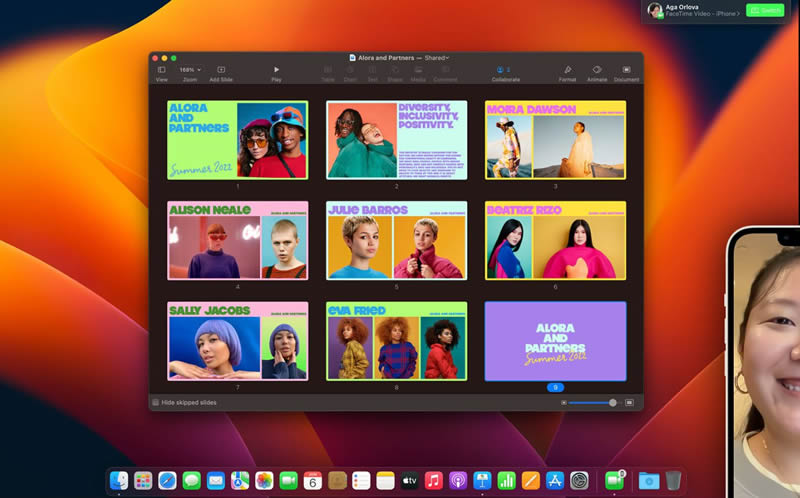 Let’s take an example. If you’re on a FaceTime call on your iPhone and come near your Mac, it will recognize that you’re nearby and automatically show a prompt asking if you want to move the call onto it. You can do so by clicking once. The process works both ways too; you can start a FaceTime call on your Mac and subsequently move it over to whichever iOS device(s) are near before finishing up the process by returning all devices back to their original states when complete.

Apple’s new Continuity Camera is a program that can be used in conjunction with a device that comes loaded with an M1 or M2 processor, for example, an M1 MacBook or iMac. This is a great feature, especially for those people who need to attend lots of zoom calls and online meetings on their MacBooks.

The new M1 and M2 chips function as a bridge between a newer MacBook and any iPhone camera which might be nearby. Once the two devices are connected, you can easily access functionalities such as:

Additionally, apps like Snapchat can take advantage of image stabilization when using the phone’s camera.

Apple has moved Quick Look into Spotlight Search, which enables faster file searching. So when you launch Spotlight, this function can display your selected file more quickly as compared to earlier updates. The quick view is just available in previews of currently open files and it was improved with support for clipboard content. Now Spotlight can move text-based contents from documents to clipboard quicker than before while merging search results with the full search window so that your information can be presented better.

It’s also capable of retrieving results from your photo library, which gives you access to images contained inside them. Searching for specific info about photos (such as location or notes attached) is now supported with Live Text meaning textual information embedded in pictures will now be visible on the screen when entering data about them in Spotlight.

With the update in the Mail feature included in Ventura, you can schedule emails in advance and have a ‘safe’ amount of time to cancel the delivery of a message before it reaches the recipient’s inbox. Mail will also detect if you forgot to include part of the message like an attachment. This way, you can instantly revisit previous messages at a later date and time with Remind Later or Follow Up suggestions so you never forget again. 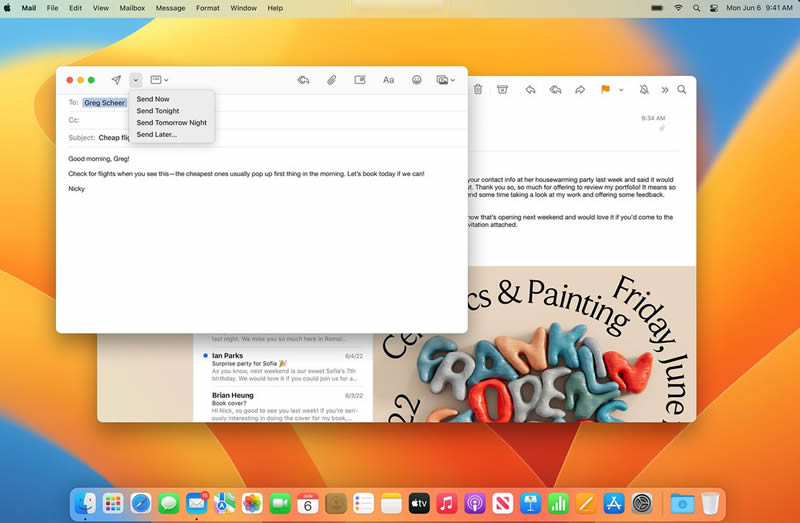 The update also brings a revamp to searching within the Mail app, delivering more relevant and accurate results. You can view your recent emails, contacts, documents, and links as soon as they begin to search for emails.

RELATED: A Rundown of the Best Email Clients

Another app that has gone through an overhaul is the native Photos app on Mac devices. After this enhancement, Apple claims that this app has the ability to detect duplicate photos. This way, you won’t waste any memory space in your device with duplicate versions of the same photo.

The Photos app identifies duplicates in a new sidebar item, so you can quickly clean up your library. You can also copy the edits you’ve made to a photo and paste them onto a batch of photos, as well as sort your People album alphabetically.

Apple has also announced a new addition to the features of Safari in macOS 13 Ventura, this feature, called ‘Tab Groups’ is designed for families who plan or work together. This feature will allow you and your family or team of friends to share bookmarks from all of your favorite websites with each other. 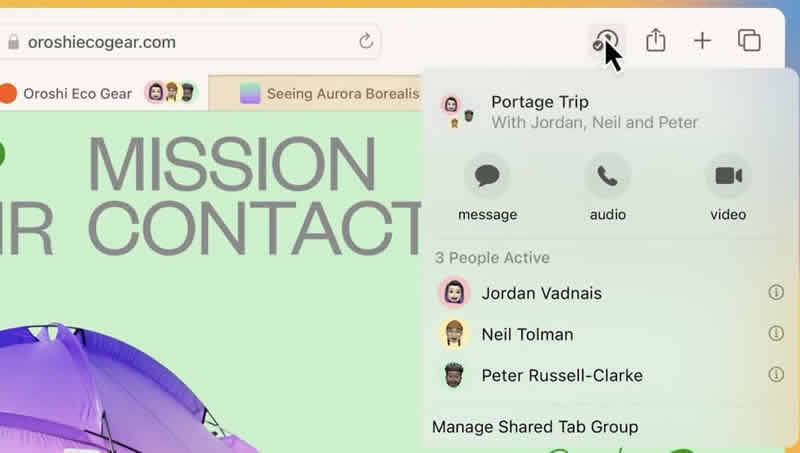 You can also create a collective listing of website bookmarks and use it as a shared landing page. Anyone else in your group will be able to see what website you’re currently browsing at any given time. According to Apple’s CEO Tim Cook, it’s basically meant for group planning sessions or collaborative research between friends and family members who happen to run websites that relate well to each other.

There are tons more features in MacOS Ventura. You can see Apple’s full list here, but these are a few others worth knowing about:

Even though all the updates and new features coming to Ventura make it an attractive option for your use, there is a caveat to using this operating system. Ventura boasts some apps that, while providing high-quality services, put heavy loads on both the CPU and RAM of the device.

While the M1 and M2 chips are more than capable of handling these loads and perform spectacularly, the Intel variants might face some issues in running these apps that make Ventura a great operating system. If your Mac has an Intel chip, then you might want to keep using your previous macOS version or consider upgrading to one with an Apple Silicon chip (M1 or M2).