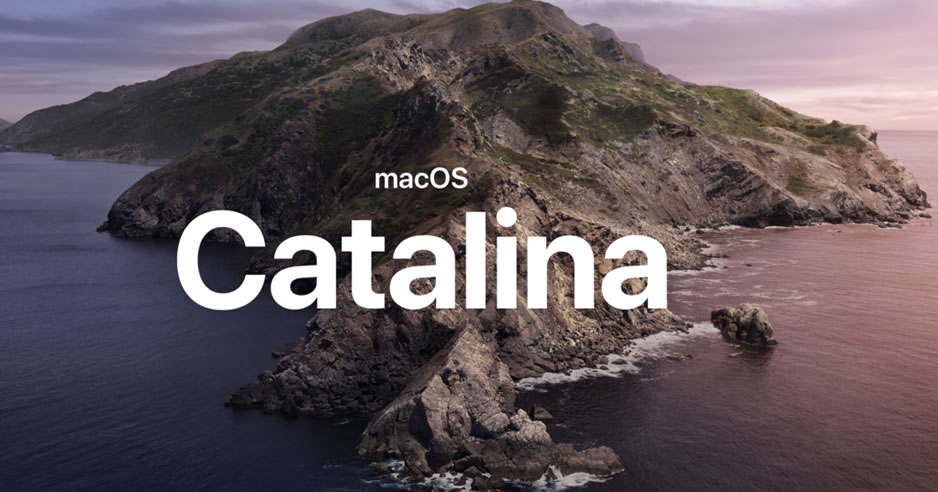 macOS Catalina was indeed the biggest announcement that Apple made during this year’s WWDC. This new OS has received such a subtle overhaul that would improve your Mac user experience. The latest iteration of macOS, Catalina brings a number of features – replacing iTunes with dedicated apps for Music, Movies and Podcasts, for instance. Perhaps more importantly, macOS Catalina is the inception of an age where you can use the same OS on multiple devices.

We still have to wait for a few months for the public release of macOS Catalina. Nevertheless, as Apple does almost every time, several technology publications have got their hands on the latest version of the OS. And the critics’ reviews are already up.

These reviewers have been using the almost-final version of Catalina on their devices for some time and the reviews are basically well-thought first impressions. Even so, they would help us know what Apple has in the store for us.

In this article, we have a round-up of macOS Catalina reviews. We wanted to give you an insight on what the major tech critics think about the latest version of macOS and its future.

PCMag.com seems pretty impressed with what macOS Catalina has to offer at this point. Edward Mendelson of PCMag.com started the review with a few obituaries — to 32-bit apps and the almighty iTunes and then went onto talk about the colonization by iOS. Mendelson says,

“Other iOS-style features have now made their way into macOS, notably Screen Time for budgeting and analyzing the time you waste looking at cat videos, and also for fine-grained parental limits on your children’s phones if they’re part of a Family Sharing setup.”

PCMag.com comes down to the verdict that macOS Catalina is indeed a worthy upgrade. The reviewer added the new version fixes some of the inconveniences found in macOS and in overall, polishes what the OS has to offer. Mendelson also seemed so impressed with the iPad OS and iOS blend Apple has done.

He added as the bottom line that,

“macOS Catalina, now in public beta, will be a major update, making it easy for iOS developers to port their apps to the Mac, and for iPad owners to use their tablets as a second screen. It won’t support 32-bit apps, though.”

The macOS Catalina review from Laptopmag was more like a guide: to decide whether you should or should not upgrade to the latest version right now. While Henry T. Casey too started with the obligatory mention of iTunes’ death, he takes a different stance on the lack of support for 32-bit apps.

“This might hurt. macOS Catalina does not support 32-bit apps, and during its installation, it warns you of which apps on your system it will break because they’re not 64-bit apps.

For me, that meant that OpenVPN — which is essential for our work here at Laptop Mag — hit the chopping block, and I couldn’t keep using my test MacBook Pro for my work. This is a huge problem.”

Another area where T. Casey has focused is the blend of iPadOS itself. While he is not completely satisfied with what Sidecar can offer, he believes it has hopes for the future. He specifically added that this might be the start of Apple launching hybrid, two-in-one, convertible devices.

“This could have given Apple a chance to tip its toe in waters it’s long avoided: 2-in-1 convertible laptops. In the meantime, though, Sidecar does offer minor touch support, allowing the cut, copy, paste, undo and redo swipe controls that iPadOS enables.”

Henry T Casey ends the review on a kind of sour note, saying that the update isn’t as exciting as he thought it would be. He also added that “Your motivation to update to this first public beta will be even smaller if you, like me, have a gigantic photo library.”

Macworld UK was also one of the first to publish a full review of macOS Catalina, but it’s more of an overview of the new version. Karen Haslam, however, seems to focus the entire review on Sidecar and how it is going to impact your computing experience with Mac.

“We’d say the headline feature of Catalina is Sidecar, the ability to use an iPad as a second screen and as a Mac attached graphics tablet. Whether this sells Catalina to you will depend on whether you have an iPad that can support the feature.”

He also makes a comprehensive note of the new major features coming to macOS Catalina. More notably, the reviewer aims to show us how these features will work together for a better Mac and iPad experience in the longer run.

Haslam points out the potential issues with incompatibility in the verdict but the overall review is positive in its tone.

The Catalina review from ComputerWorld is an attempt to see how all the new features from Apple are spot on when it comes to the performance. Jonny Evans is also one of the first to give special mention to Voice Control, a feature that Apple so emphasized during the event, with a powerful video commercial as well.

“Using Voice Control to navigate the Mac is another revelation. Using a combination of on-screen labels and grid references you can direct your Mac mouse to precisely where you want it to be. I think this is superb,”added Evans.

He also seems to love the brand-new Photos app on macOS Catalina. He says that the app is more like an intelligent photo curator. “Apple doesn’t know what your images include, but your device (including your Mac) knows how to present them to you and make them better,” said Evans in the review.

In short, it’s clear that ComputerWorld loved whatever macOS Catalina is offering. The publication believes that the new version can improve the overall macOS and Apple experience.

“That’s an augmentation that makes sense – not only will you continue to be able to do everything Macs ever have been capable of doing, but you’ll also find your Mac becoming an increasingly personalised and trusted advisor, helping you make better decisions and offering advice when you hit the wall.”

AppleInsider currently has the longest and most in-depth review of macOS Catalina. Daniel Eran Dilger has taken an in-depth look at every nook and corner of the new OS with equal focus on everything. And, boy, he loves Catalina!

“Apple’s macOS Catalina is another ambitious refinement of the Mac featuring a fundamental rethinking of iTunes and an infusion of fresh ideas from iOS: from Sidecar to Continuity Sketch to Screen Time, a whole new world of Catalyst apps from iPad, and many more features under the hood. But note: Catalina is still in beta!“

Unlike some other reviews, the one from AppleInsider also takes a look at the Augmented Reality tools that Mac is now coming with. While they wholeheartedly welcome the appearance of some young apps, reviewer believes that Catalina deserves a visual overhaul.

”With all of its cash, you’d think Apple could give macOS Catalina a complete appearance refresh so that all of its bundled apps use a similar sidebar style with icons in an appropriately harmonious color palette in the same size, and with consistent controls that enable users to scale sidebar icons and text to their liking.“

The Catalina review from AppleInsider is probably the most critical ones we have seen. The reviewer seems to love the potentials of the new OS version despite the current flaws. The review ends with a precautionary note about public betas, but we know how that goes.

So, this is what tech reviewers across the globe are thinking about macOS Catalina. As we said, the final and public release of the OS is still a few months away and Apple may make slight changes. Of course, we don’t expect a complete UI overhaul, but some things are bound to change. By the way, are you excited to check out the public beta of macOS Catalina?