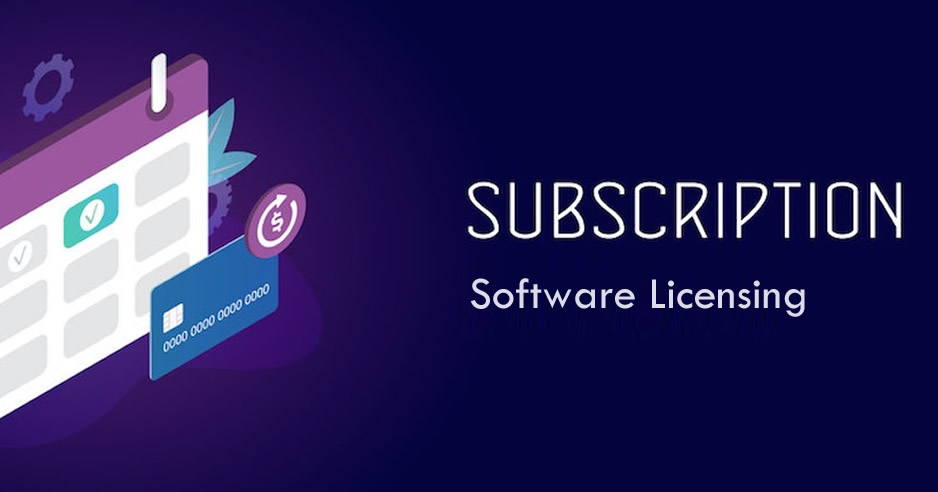 The introduction of software licensing to the mainstream user has been boosted significantly by the pandemic, and it isn’t slowing down any time soon. Here’s why software vendors have had a golden period during the COVID-19 pandemic and why it is only going to move forward.

The topic of software licensing surely isn’t the most enticing, nor is it the easiest topic to understand. But if you’re among the millions and millions of newly subscribed users to a software or web service, wondering if subscription services are just a phase, then you’re in for a surprise. By definition, a software license is an agreement between the software developer and the end-user, allowing the user to use the software without entirely owning it.

Traditionally, licensing software was too expensive for individuals and small businesses, but the industry has gone under a transformation over the last decade. Apart from adding multiple tiers of subscriptions, development of cloud computing, web mobility, and the different licensing models like pay-as-you-go – the ability of organizations and individual users to make the most out of the software has increased tenfold.

Software licensing – then and now

Finding yourself in a better position and understanding why the new-age subscription models are gradually attaining the tag of a trend will require you to learn how software licensing has evolved over the years.

Software Licensing back in the day was more like traditional vendor-client models. Fitting to the prevailing situation, the conventional form seemed to offer less complexity. But being comparatively more rigid, it failed in fulfilling the void created by issues revolving around modern-day enterprises.

Let us quickly walk through the three most popular old-day subscription models that are still being used by some organizations in 2022.

Single user license model, as the name suggests, is based on the idea where the user access is assigned in two different forms, either to a named user or node-locked to a specific computer. Considered among the simplest ones, this model works well for low-cost software and only when the need is to buy limited licenses for each/specific employee.

The concurrent model is a step versatile from the single-user licensing we’ve already discussed. Unlike the previous one, here, the single license allows multiple users at the same time. Typically dealing with server operational software and connecting directly via a network, the core idea is to split an expensive software and share the same without having to share physical computers.

A named user license is more like a single-user model but with a bit more accessibility. It involves a typically named or licensed user to use a product/software on more than one system. While in most cases, logon access is allowed on 3 computers, the number may vary in accordance with the terms of the service provider.

Although many organizations still stick with these traditional vendor-client models, the inability to address modern-day business needs eventually crafts away for something new. A major portion of the new-age subscription models is being pushed alongside the cloud-based service offerings. The main reason rests within the expected assets.

From reduced application and overall IT costs to improved security and reliability, cloud computing is known to aid in several ways. The idea to bring the cloud computing utilities and modern-day licensing together gave birth to the concept called “Software as a Service” or “SaaS” It signifies the practice where a vendor remotely hosts a software in the “cloud” and allows user access via the Internet.

Bringing the two words “free” and “premium.” together, Freemium is no new term for today’s user base. Getting straight to the point, it refers to a business plan where the company offers free (but restricted) services of a core product to a large percentage of users and sells premium access(more possibility) of the same product to a smaller fraction. Helping the company reach and the users with the desired usability, this subscription model serves the modern-day business needs greatly.

A pay-as-you-go model was introduced to allow a user to scale, manage, and customize resources. This model ensures a company pays only for the resources that actually get utilized. It helps reduce the cost to a great extent.

A perpetual licensing model is different from typical subscriptions. While in the case of the former, you’ll need to make payments in one large lump, the latter offers a more flexible solution. With maintenance fees, the cost for support and upgrades, and many more, the perpetual model of licensing may lead to a jaw-dropper, at least when the price is concerned. The subscription, on the other hand, being charged either annually, monthly, or on a fixed basis, encountering hidden costs is not a common scene here.

Besides pricing and a flexible environment, here is the list of factors that aids in sheltering perpetual and subscription licensing models under different roofs.

Being transparent, a subscription model is comparatively more cost-efficient. With hidden costs lying around, managing costs can be challenging.

Subscription offers great flexibility to both vendors and customers. The perpetual model is more like a rigid form.

The enhanced growth flexibility presents the subscription model with more scalable possibilities. Being rigid, perpetual software licensing is not that scalable in nature.

With all its attributes, the Subscription model can bring in loyal customers and help retention to a significant level. The perpetual model is not an efficient solution for building a long and close customer relationship.

The pandemic has profited software vendors

Although there is little to cherish about the pandemic period, the software vendors seemed like spending an entirely different lifestyle. The smartphone software market is burning proof. As per the market trends, a considerable increment was seen in the demand from small and medium-sized enterprises and is expected to go up in the near future. Moreover, the ever-growing adoption of smartphones and other digital gadgets seems never-ending.

From commercial to individual end-users, the adoption rate is significant in both. Also, the study released by AMA Research on the Global Photo Management Software Market forecasts the demand and the trend to touch enormous numbers in 2026. The report included the likes of Apple, Adobe, MAGIX, Flickr, and several other famed titles.

The fact that the DACH region’s subscription economy is rapidly developing has been recently justified by billwerk’s Industry reports 2021. The report provides an exclusive vision based on various transaction data collected. Talking about the numbers, the Compound Annual Growth Rate (CAGR) stretched somewhere around 117% for the year 2020, and the forecast for 2021-22 rests on the higher end as well.

Yes, users are increasingly turning their heads towards subscription models. The Mac offices aren’t far from the trend either. Alongside Adobe’s and Microsoft’s subscription services, Mac firms have decided to stay with the escalating trend. They introduced a dedicated software subscription service called Setapp, which was meant to provide Mac users with over 230 Mac-specific programs. Recently, the company confirmed that the services would stay.

Considering the distance subscription model has traced ahead of the perpetual model in recent years, it won’t be surprising if the latter gets entirely overshadowed. But whatever might be the case, there is no denying that the subscription market seems to have a brighter future ahead.