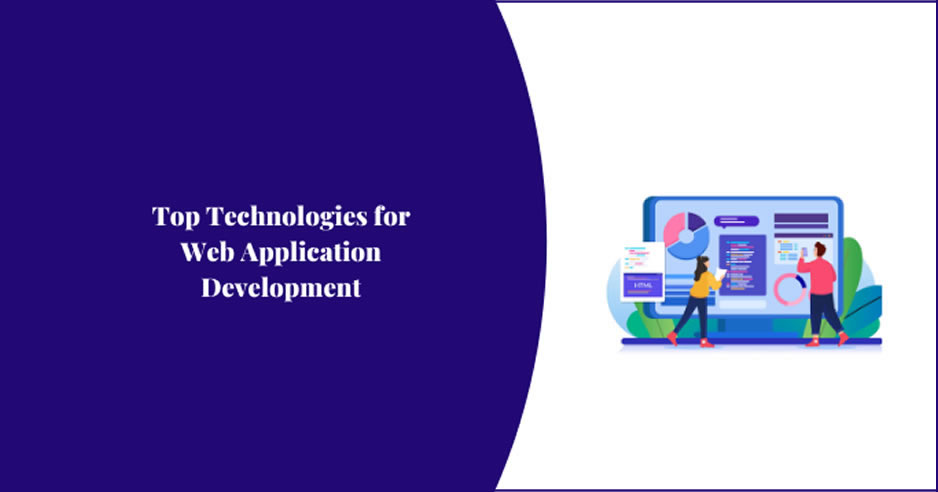 Today, 90 percent of the world’s population relies on the data present on various Internet websites. To keep oneself updated, the need for a prominent website has become essential. The languages and tools necessary for developing web applications run on some basics that shape fully-featured websites.

These web applications provide functionalities through programs such as user interaction, connection to back-end databases, and yielding results to browsers. And with the unprecedented change in time, the demand for web development is quite high. To brief you with what web applications do, here are some examples of the same- online gaming, e-commerce, social networking, online video making, online banking or studying, etc.

Now, when it is said that in the development of a web, technology plays a major role, three major aspects become a part of it- Languages, Libraries, and Frameworks. To further simplify it, technology is divided into two main categories.

Popularized as client-side technologies somewhat explain who it is meant. It is for your website and used for developing interactive components and produces the fundamentals of what the users see and who they interact with. As it facilitates the clients- images, colors, styles, and navigation menus are visible on the web.

It is one of the basic technologies required for web application development, and it stands for HyperText Markup Language. It is the foundation of the structure of a web page. The website’s format is ensured by the code of HTML and is the primary criteria for a browser to display text or images and other such elements. The most recent services to build an interactive and dynamic website are- Canvas, Web storage, Service Workers, and Web sockets, each having their role in web development.

CSS, short for Cascading Style Sheets, plays the role of defining style and aesthetics for a web page. It mainly focuses on the appearance of the structure provided by HTML. Along with the structure, the mien of the site is the foremost noticeable aspect.

Server-side or back-end technologies are for the development of your application’s technical base. All the website data is arranged and stored here, and it also ensures the proper functioning of the front-end. Another prominent feature it provides is the streamlining of core processes. The server-side runs the script and gives a meaningful report on the client-side. Here are the further simplifications of the backend responsible to build a website:

Using them gives a way to communicate with computers and give instructions to perform specific functions through vocabulary and grammatical rules. Many examples of programming languages used, like JAVAScript, PHP, Python, Java, and Rust.

They are the tools and libraries developers use to develop easy and efficient websites in the language required by the client. It gives the provision of interfaces to access generally- used abstractions or functions that make things easy to work with. They’re cost-effective because when a site is to be developed, you have at hand prior-made codes instead of beginning from scratch, thus reducing the risks.

Angular: It is a front-end framework that is complete in itself, for it has the most compiled functionalities. The durability and well-featured functions enable it to be used in renowned organizations. Added to this, its structure though simple, is still powerful.

Node.js: A back-end framework allows you to write server-side code from JavaScript. This has already increased the popularity of this framework. Simple, fast, and efficient are the three keywords that define Node.js.

As understood, the role of libraries in developing any web application is to store all the files, programs, scripts or routines used while writing codes. The group snippets of code together thus, enable the code to develop on its own. The risk of improper or failed codes is mitigated by libraries and is also cost-efficient and fastens the development process.

React.js: It is a popular front-end library, but the learning curve associated with it is somewhat long and complex. Regular updates and maintenance are being made, and it is exceptionally known for creating excellent user interfaces.

Vue.js: This library is also aimed at creating user interfaces and is simpler to use as compared to other libraries. It sometimes does not fulfill the demands, but its easy-to-use feature has made it increasingly popular.

A library associated with Facebook and is used for integration of apps. You can collect user data when transferred from the app to Facebook, which is then utilized to optimize the application, advertise, and provide accurate metrics.

All the data is stored in databases. Moreover, the best thing to know about databases is that they provide an organized and consistent structure to store and retrieve data instead of haphazardly putting it in filing cabinets. Two types of databases.

SQL: These databases define or manipulate data using a structured query language. A coder needs to communicate with a database to look for the data it holds inside, for which SQL becomes the language. But because all databases share the same language, each needs to be appointed with predefined schemes to differentiate among one another.

NoSQL: Unlike SQL, NoSQL, databases do not use structured query language, which the name has very well suggested. Thus, it allows you to store data in other ways and enables them to have their unique structure without sharing the database’s structure.

Web application development and the technologies used to build it are all thought to be meant solely for developers. It is indeed true, but this does not signify that any other person cannot even understand the basics of what they are using. The basic knowledge enables the business owners to engage more with the development process and can help you make a better decision of how you want your website to look for what specific points you need to be included. Also, ensure that you find a dedicated developer who can guide you along the journey, even if it is just with the basics. Web application and its development are increasingly on rise for all the businesses that are now coming to you with their serving at the doorstep facilities.