Is macOS Ventura Faster and Safer Than Monterey? 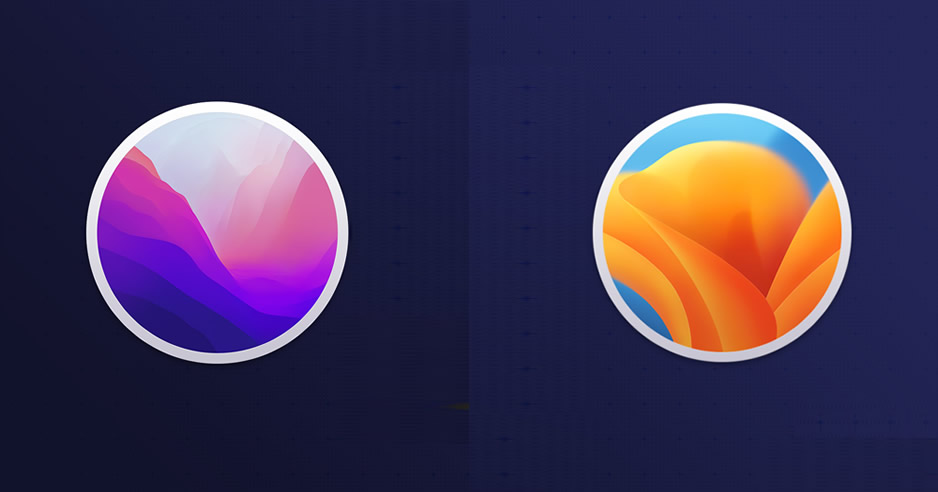 With the new changes and onslaught of new features brought about by the recent macOS 13 Ventura update, there are just as many new elements as there are questions. Although Ventura is a welcome step up from Monterey, it is still worth ensuring that Ventura is faster and safer than previous editions of macOS.

Monterey and macOS 12 in and of itself brought a lot to the table when it first came out, instituting new additions such as Tab Groups in Safari, iCloud+, Shortcuts, and Focus Mode. It offered a reliable operating system for Mac users and provided assurance of safety, speed, and usability.

While macOS 13 Ventura offers significant additions to many of the features created in Monterey, it also created some new features of its own. With the expansion of features like Spotlight, FaceTime, and Mail, and the creation of all new features like Continuity Camera, Passkeys, and Handoff, the true question about whether this update is truly faster and safer still remains, especially given the significant time and storage sacrifice you will have to make in order to download and install it.

How will it perform on your Mac?

If you are trying to decide between Monterey and Ventura, it is important to know which devices are capable of running macOS 13. Below is a brief list of all of the devices that can operate the new update.

If your device is not listed above, it will not be able to run Ventura. However, even if your device is mentioned above, that does not guarantee that you will not have any performance issues with the updated operating system.

Ventura was planned to be the first real improvement upon the Macbook operating system to be specifically designed and tailored to the new Apple M1 and M2 Silicon Chips. Simply put, the newer your Mac is determines how fast and at what quality macOS 13 will perform.

Monterey was designed in a similar fashion, catering more to the M1 Chips than the older Intel chips used in previous versions of Macs. However, the size and demand of Ventura are significantly more taxing on older Macs not containing the new silicon chips.

Which software system is faster?

All things being equal, Ventura is a faster operating system on Mac. However, it is almost impossible for all things to be equal since different people have different Mac models, different generations of Mac, varying amounts of RAM and storage available for the updates, and use different browsers.

All of these factors complicate which system is truly faster for you, so it can be helpful to take the following factors into consideration.

In addition, to which Mac you currently own and are considering installing Ventura, it is worth looking at how much space each update is going to take on your hard drive. This is especially significant when considering how much RAM will be left available to you after you install the update.

While compared to larger previous operating systems updates like Big Sur, Monterey’s installer still takes up a hefty 12.44GB, with Apple recommending that you free up 28GB of space. By comparison, Ventura seems smaller, with the installer taking up around 12.15BG, and Apple recommending freeing up 26GB.

The difference in size, while not incredible, is still significant because Ventura simply has more to offer than Monterey. That said, the performance of the update is not only impacted by size but also by which Mac and browser you are running it on.

Your browser of choice

The browser you use will also impact which operating system is going to run faster on your Mac. Different browsers take up different amounts of space on your computer, while also demanding differing amounts of energy to run. This means that if your browser takes up a lot of energy, it is going to strain your operating system and create varying levels of operating speed. The opposite is true if your browser is efficient, and uses minimal storage and energy to function. 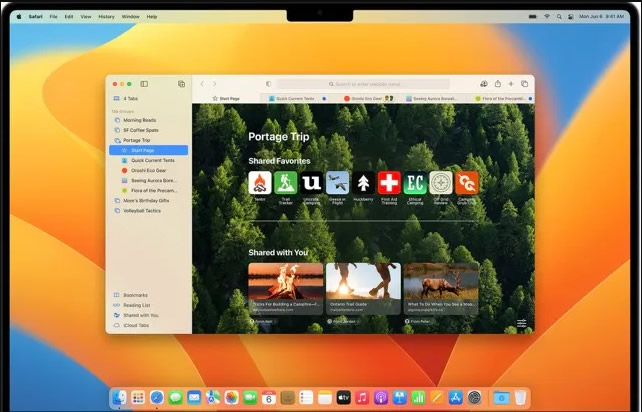 The browser you use will influence your decision on whether you should macOS 12 or macOS 13. Generally speaking, Chrome is the fastest browser on Mac. Safari is getting closer in speed but beats Chrome with its convenience since it comes pre-installed on every MacBook. Firefox is one of the most efficient browsers out there, especially compared to the bulky Google Chrome, but does not compare to either Safari or Chrome in speed.

This information can be very handy when deciding if Ventura is faster than Monterey on your Mac specifically. For example, if you use Chrome, the fastest browser on Mac, in combination with the Ventura operating system, your Mac will likely run faster than someone using Safari on a Mac using Monterey.

However, if you use Monterey and Chrome, your operating speed will be comparable to someone using Ventura and a slower browser like Firefox.

Additionally, storage can also be a factor in your decision. Someone running Chrome on Monterey will have similar operating speeds to someone using Safari on Ventura. However, the person using Monterey will have much less storage capacity available to them, as both Chrome and Monterey take up more space than Safari and Ventura.

You can use this information to better understand which operating system you should use by factoring in which Mac you are using, and how old it is. As mentioned previously, the older your Mac is, the slower it will run in Ventura. This slowness effect is reduced if you are using Monterey because Monterey was designed to better include the older Intel chips than Ventura.

The faster system will also depend on how you plan to use Monterey or Ventura. This is not in terms of operating speed, per se, but rather in terms of how quickly you can get what you want from your computer.

Both Monterey and Ventura offer extensive features designed to increase productivity, but Ventura offers more. From FaceTime Handoff to Passkeys, Ventura will help you maximize your productivity and personal operating speed.

Is Ventura safer than Monterey?

Again, all things being equal, Ventura is safer than Monterey. Being a newer release, macOS 13 builds off of what macOS 12 created. Advancements in Passkeys, adding a lock feature for hidden images in Photos, and instituting the Lockdown feature to make your Mac safer than ever.

However, similar to the variation in speed of the two operating systems, it is rare that all variables are equal, meaning someone running Monterey on an older Mac could potentially be safer than someone using a new Mac running Ventura.

There are a few factors to consider when contemplating how safe your Mac is, regardless of your operating system.

How old is your Mac?

Age is certainly a significant concern, especially if your Mac is older than six years. The older your computer is, the closer it is to have its support ended by Apple, preventing it from being updated and receiving new security features. However, it is worth noting that just because your Mac is older does not mean it is inherently more likely to be compromised. It is simply worth paying attention to when Apple plans to end extending updates to your Mac.

Which browser are you using?

The browser you use will also influence how safe your Mac is. Brave is regarded as one of the safest browsers on the market, but other more common browsers like Firefox and Safari are also secure. For example, if someone is using Brave on Monterey, they will be more secure than someone running Ventura on Safari, despite Ventura’s new features.

All of this information be used to optimize the safety of both Ventura and Monterey. Although by itself Ventura is more secure than Monterey, with the right browser and computer, someone running Monterey could have the edge in security.

How to make Ventura faster and safer

Both new and old generations of Macs that can run the already secure Ventura can benefit from improvement. Everyone wants their device to be as safe and as fast as possible while interacting with the web, so here are a few ways of going about it.

The easiest way to make your Mac safer is to enable the FileVault function in System Settings, which will automatically encrypt your data. For further protection, you can enable the Lockdown function, however, this has the potential to limit your ability to get the most out of your Mac because it will limit your access to applications, websites, and other features. 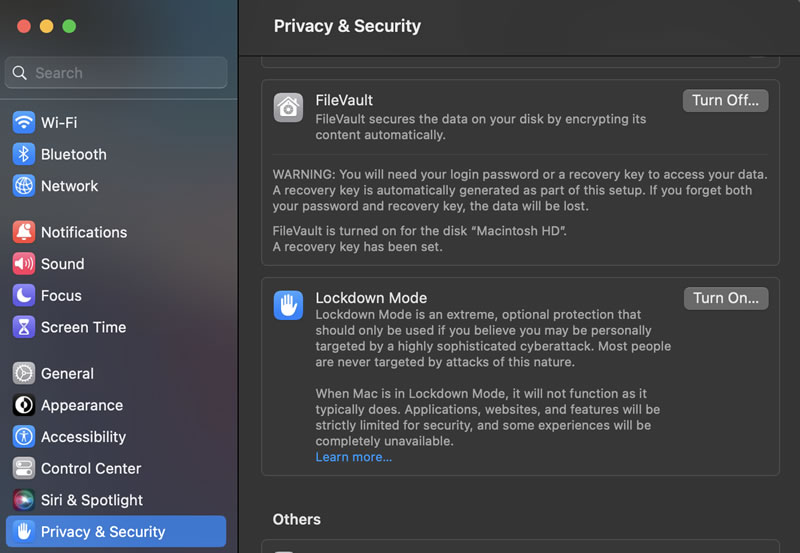 Keep Ventura updated so you can get the most from Apple fixes and improvements. To check if Ventura is running the latest version, click the Apple Logo in the top left corner of our screen, then click About This Mac. A display showing which version of Venutra you are running will appear in the middle of your screen.

Alternatively, you can open System Settings, click General, then Software Update. Your Mac will then check for any uninstalled updates to Ventura and display them in front of you. 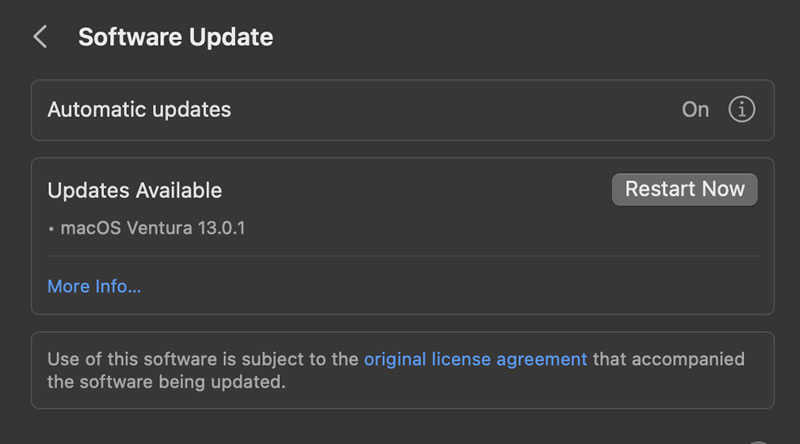 Keeping all of the passwords safe on your Mac will make Venutra safer. 1Password is one of fantastic password managers that will record the passwords you use, securly store them on your device, check for password breaches, and syncronizes your information between all of your devices.

Increaing your Mac’s performance is as simple as decluttering your system junk, outsting unused extensions, removing data caches from your hardware or RAM,  and fully deleting half-uninstalled apps. There are many apps that will help clean your Mac and reclaim storage space, but one of the best is CleanMyMac X. 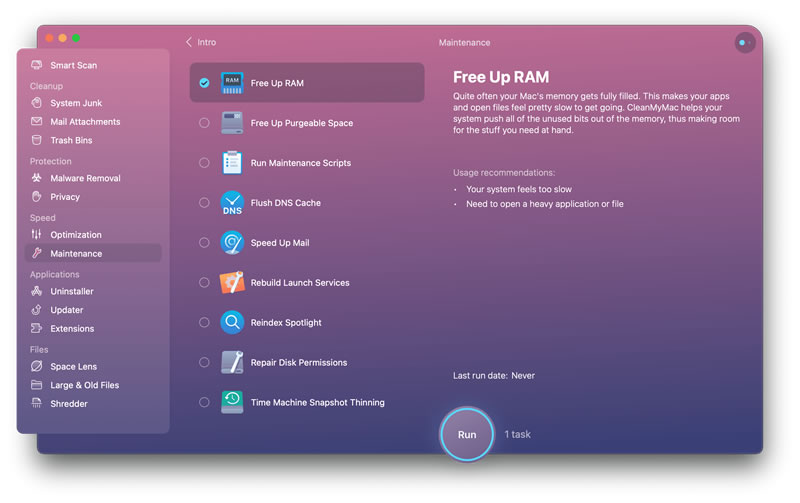 CleanMyMacX is a Mac cleaner app designed to remove junk, help you visualize storage, and discard large hidden files to optimize your Mac’s performance. CleanMyMacX is definitely still worth using, especially when paired with the already speedy macOS 13.

Ensuring the security of your computer is made easier without having to actively put effort into manually checking the sites you visit. Antivirus software will automatically detect potential viruses that can be very harmful to your Mac, thus compromising the safety of Venutra.

Speed up your browser

For the final tip on how to make Ventura faster and safer, optimizing browser speed is critical to getting the most out of macOS 13. Below is a breakdown of five of the most effective ways to speed up your browser, regardless of which one you use.

Ventura is faster and safer than Monterey

Regardless of which macOS you choose to cleanly install, both Monterey and Ventura are fantastic options for many people. However, Ventura, when given the same platform as Monterey, simply stands taller every time.

Although you can make Monterey a speedy and secure powerhouse by maximizing the potential of storage space, your personal browser, and the age of your Mac, Ventura on its own is faster and safer than Monterey.