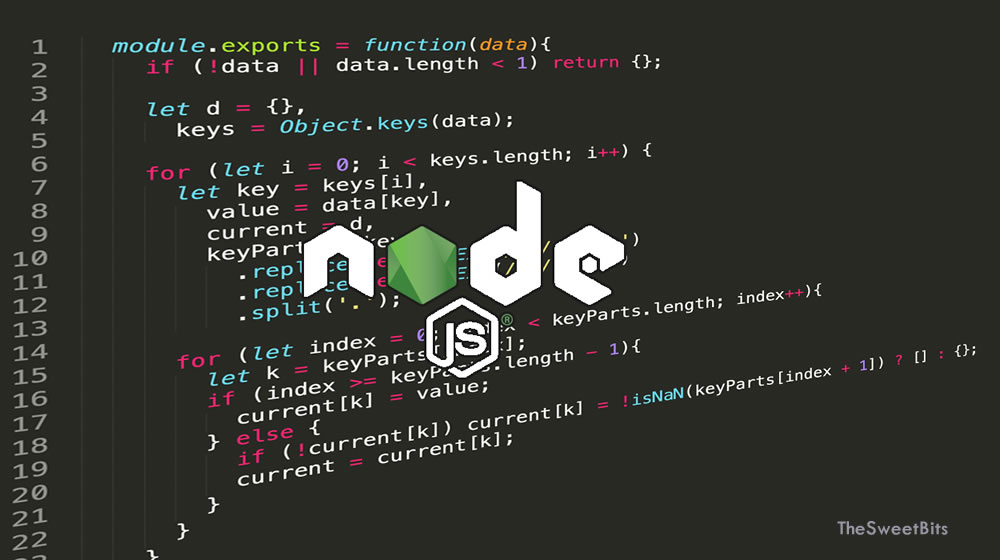 Twelve years ago, the JavaScript runtime environment, now known as Node.js was released by Ryan Dahl to facilitate the execution of JavaScript codes outside the web browser. This led to the paradigm shift in the way web apps are being developed nowadays compared to earlier times. It has also made several other things possible such as building real-time applications, collaboration tools, and much more.

So, in today’s blog, we will look at the 13 topmost apps which are written and developed with Node.js.

A bit about Node.js

What exactly is Node.js? Well, the simplest answer to this question would be that Node.js is an asynchronous, open-source, cross-platform, JavaScript runtime environment. It is written using C, C++, and JavaScript and is designed to run on a V8 engine. It has an event-driven architecture. It is compatible with multiple operating systems such as macOS, Linux, Windows, IBM AIX, SmartOS, FreeBSD, and OpenBSD. It holds a license from MIT.

Well, the above description of Node.js was from a technical aspect but if you want to understand the meaning of it, then it can be said that Node.js helps developers execute JavaScript codes outside of the web browser. This has helped developers in many ways.

Node.js has made it easy to make dynamic web pages where developers can write server-side command-line tools in JavaScript. It has also majorly contributed to easing the process of web development where developers can code front-end and back-end scripts easily using only JavaScript instead of having to use different coding languages.

So, if you look at Node.js’ popularity among the developer community, then you would be amazed to know that at least 30 million websites use Node.js today, 85% use it for web app development and about 43% of them use it for making enterprise applications. 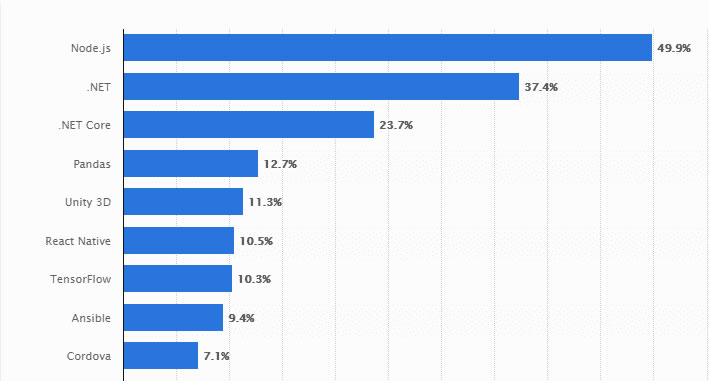 It has also proven to boost the performance of an application by 50% and slash down the cost of development by 58%. Hence it is not only an ideal technology for startups but also tech giants.

Node.js reduces the web page loading time by 50 to 60%. Naturally, high-traffic sites benefit from using Node.js as the underlying technology for their websites. This also significantly contributes to making web pages SEO-friendly. It can also cater to a wide variety of industrial needs.

According to PayPal, once they made a transition from Java to Node.js, their page rendering speed increased by 200ms. 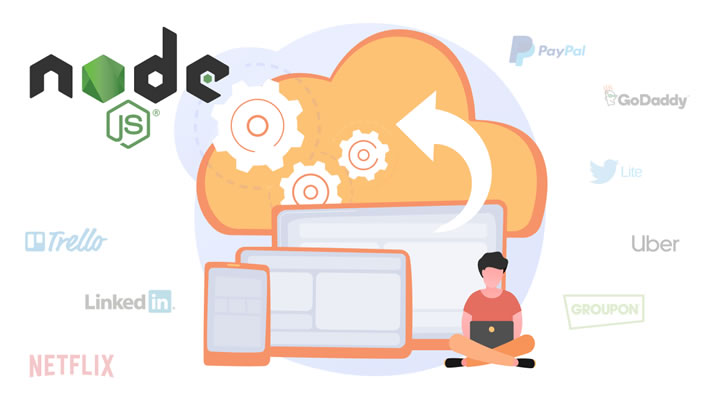 LinkedIn transitioned from Ruby on Rails to Node.js to accommodate the ever-increasing traffic on the platform. How did it help this social media platform for professionals?

It helped LinkedIn to decrease the number of servers from 30 to 3 and also doubled their traffic handling capacity. The app also showed enhanced performance on the user’s end.

Being a popular streaming services platform, Netflix is massively data-driven. To address the scalability challenge faced by Netflix, the company used Node.js and Java to build this web application. It did manage to bring down the startup time to 70%.

Besides this, it also made it possible to customize the platform as per the preference of users. Netflix has been able to bring down the restify instances massively and use docker containers to run the apps that allows the app to perform better and run faster. Nonetheless, Node.js also hastened the development process.

Right now, Uber is capable of processing two million calls through remote processing every second which is an impressive result of Node Js. Uber completely embraced Node.js for its production purpose because it was fast, scalable, had commendable data processing and computing capabilities, and above all, it is compatible with multiple platforms.

Medium utilizes Node.js and Nginx for its web servers. Node.js plays an important role in running A/B tests to help the platform understand better about product changes. With 25 million readers to handle every month and thousands of articles, and readers hopping in every day, Node.js enables sharing of codes between the client-server and the service side server.

Node.js helped the developer’s team achieve what they were trying hard. It allowed the slimming down of Twitter and harnessed much greater speed for the app. On the client’s end, they use Javascript with a Node.js server together. The main reason why Twitter chose Node.js was cited to be in its ability to slim down Twitter as well as its efficiency to speed up the Twitter web app.

Spotify climbs the charts everyday, and that has been possible due to the company’s decision to integrate Node.js into it. Due to this integration, not only has Spotify become faster, but it has also become more efficient in handling thousands of playlists and favorites effortlessly for millions of listeners together.

Platforms like Spotify profit a great deal when combined with Node.js. With it, you can just not create or build around it but it also makes scaling and personalizing song lists, playlists, and feeds for readers possible. Different activity streams together due to the presence and collaboration with Node.js in Spotify.

With Node.js you can build popular e-learning web apps and Coursera conjoined with Node.js ensures quicker Javascript code execution. Additionally, the Coursera web app is built lighter and far more efficient as it integrates Node.js within its environment.

With Figma, graphic editing and prototyping is the buzzword. Running different or rather innumerable plugins inside Figma is possible due to its collaboration with Node.js.

With the help of a wrapper, an interface was brought live with the Node.js application. Due to this API, consumers can go through the entire content of the New York Times. Every section of the NY Times can be explored easily using this API.

Being a project management app, Trello required a technology solution that provided a non-blocking event-driven server for instantly updating the web app. The server side of Trello uses Node Js and Java. Several prototypes are being used and with Node Js inbuilt, faster testing and quick changing of designs are feasible. With Node Js, there are more correction options within the system and speed is better with Node Js than any other. Thus, Node.js seemed to be the exact fit for their requirement.

Node.js helped make eBay a real-time app to maintain live connections with its server. Besides this, it also helped in displaying the service-related information on the e-commerce website easily. eBay uses a principle by which they automate what they deploy after building them. Due to this mechanism, massive growth is witnessed with eBay.

Wondering what NASA’s name is doing on this list? Well, NASA used Node.js to build its own end-to-end data system to integrate its data. NASA stocked up its entire data into a cloud and then built a Node.js enterprise-scale architecture. Furthermore, they connected both the environments with web API. In this way, the access time for the NASA database came down by 300% while they enjoy everything together in one platform.

If you are thinking that all your problems will come to an end once you have deployed an app after developing it with Node.js, then let us enlighten you that’s not how the world of applications works?

Apps can anytime encounter technical glitches, crashes, and can malfunction. Therefore, they need constant maintenance from the developers. If challenges are not resolved quickly then it could lead to loss of business. So, let’s take a quick look at what are the frequent problems faced while developing apps with Node.js?

Now, since you have understood what are the major problems that developers come across while using Node.js for web application development, let’s see how maintenance problems can be resolved easily.

So, from this article, you have surely gained a vast understanding of what is Node.js technology, what are the benefits of using it, and above all what are the 13 most popular apps written in Node.js. If you are wondering which technology to use from the myriad of web application development technologies available nowadays, you can surely hire Node.js developers to build various web apps. Node.js is easy to learn given you are well acquainted with JS and offers splendid features. Above all, it is fast, scalable, simple to use, robust, and is a futuristic technology.